Why Turtle Season in Jupiter Gets Serious. A Cautionary Tale.

Did you know that the simple flip of a switch can spare countless endangered sea turtles?

Nighttime lighting tends to lure hatchling turtles to crawl inland instead of seaward after emerging from their beach nests. As a result, they often die from dehydration, get run over or become prey for raccoons, crabs or ants.

The 2017 sea turtle nesting season on Florida’s Atlantic coast begins March 1st! So from March 1 through Oct. 31, all indoor and outdoor lights visible from the beach must be shielded, repositioned, replaced or turned off from 9 p.m. to 5 a.m. Bright beach lights, flashlights, flash cameras, video recorders and other types of artificial lighting aren’t allowed either.

Disturbing a sea turtle, its nests or hatchlings also is illegal.

Those who violate local marine turtle lighting ordinances face fines of up to $500 and six months in county jail.

At night wild sea turtles weighing hundreds of pounds lumber out of the sea and onto the sands in an ancient ritual to lay their eggs. While on the beach, sea turtles are timid and vulnerable and can be easily frightened away if disturbed.

It takes between one to three hours for the female turtle to lay her approximately 110 ping pong ball-sized eggs.

Sea turtles, among the oldest creatures on earth, have remained essentially unchanged for 110 million years. However, they face an uncertain future. Illegal harvesting, habitat encroachment, and pollution (physical and light) are only some of the things sea turtles must face as each species struggles to stay alive.

Seeing a sea turtle crawl onto the beach at night and lay dozens of eggs is a special experience. You are witnessing one of earth’s oldest creatures perform a ritual that has been done for 110 million years.

It’s important for you not to disturb them, whether watching a large female turtle dig its sandy nest or the small hatchlings break out of their eggs and nests and head for the sea. The Florida Fish and Wildlife Conservation Commission (FWC) reminds everyone not to get too close, shine lights on, or take flash photos of nesting sea turtles or hatchlings.

← Prev: How to Create Patina on Copper Fixtures. An Easy Tutorial. New Outdoor Surveillance Camera System with Your Smartphone →

Custom Lighting of America is pleased to be chosen as a premier Dauer fixture lighting affiliate for South Florida and...

END_OF_DOCUMENT_TOKEN_TO_BE_REPLACED 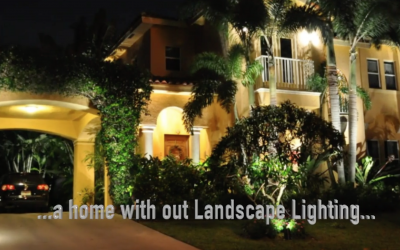 Your Home Without Landscape Lighting…

"Your home without landscape lighting" is a short marketing video by our web & marketing development team at...

END_OF_DOCUMENT_TOKEN_TO_BE_REPLACED 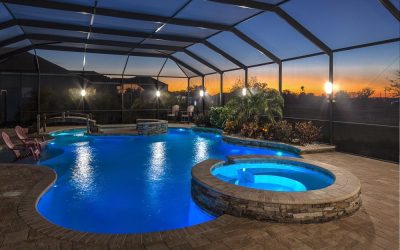 Some companies will tell you Lanai Lights or pool deck post lights are a brand new concept, but Custom Lighting of...